‘Kirin Ichiban’ beer was first developed in Japan in 1990 as a beer made only with the first press wort, and currently sold in over forty countries around the world

When this brewing process of using only the first wort (first press method) was introduced, it surprised many as an unconventional method. It was realized out of Kirin beer brand policy for purist of good tasting beer and craftsmanship in quality, and now ‘Kirin Ichiban’ has become a flagship brand for Kirin

Kirin Holding Singapore, on behalf of Kirin Beer headquarter in Japan, operates to deliver ‘Kirin Ichiban’ to customers in Singapore, Malaysia and Thailand. In the future, we hope to expand markets so that many more customers can enjoy this good tasting beer

See here for more information about this productOpens in a new window. 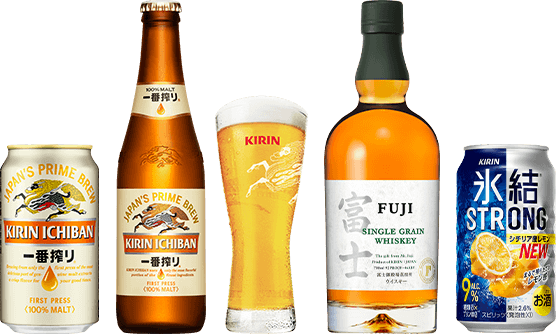